Today I googled the definition of the word stepmother.

Here is the result:

stepmother: noun. a woman who is married to one’s father after the divorce of one’s parents or the death of one’s mother.

The reason I was googling the word stepmother is because I have been stuck with my writing in trying to find a word for my kind of motherhood. I realized, if I can’t even put a name to my role in this family, how can I expect society to understand.

What one word would you use to define my role?

I also googled lesbian stepmother and I am not even going to tell you what the results were. Let’s just say they were similar to the inappropriate comments dads at our kid’s school used to whisper in to my ears. 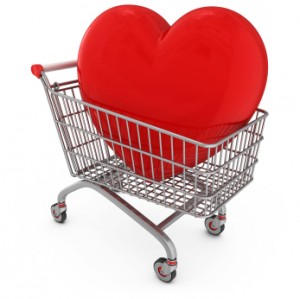 It is not just mommies who have big hearts, we all have big hearts. Sometimes when parents have their first baby they wonder if they could ever love anything more than they love that little bundle of joy. Then when baby number 2 comes a long they discover their heart grows and makes room to love 2 beings with the same amount of enthusiasm. You could have 10 kids and love them all. The human heart and our capability to love is amazing.

I think we don’t always realize this kind of love is not reserved just for parents loving children. It goes both ways. If you are in a blended family your child or children are capable of loving more than just 1 or 2 parents. If  a stepmom has entered the scene in to your child’s life, your child is capable of opening her heart and adding another mommy, just like you are capable of opening your heart and adding another child to the mix of people you love and call family.

This idea can be very threatening and is often what makes mother’s day a challenging day for children of blended families. Kids may feel that in order to prove their love for their mommy they have to not acknowledge their stepmom. This is hurtful to the stepmom and to the child.

Unfortunately, I have learned this lesson in hindsight. My kids grew up with 3 mothers, their biological mom (my partner), me and their stepom. The kid’s love all of us, just like we love all of them. I don’t love one kid more than an other. Maybe they don’t love one mom more than the other, maybe they do. But who are we to decide who the kids love most? Is it really a competition? I’ve got news for you, there is no prize at the end of parenting for being the best mom or stepmom.

Just because you adore your 15 year old does not mean you do not adore your 4 year old. It works the same with kids and stepparents vs. parents.

After much research for my book I’m beginning to believe that the relationship between a bio (or original) mom and a stepmom may be the hardest relationship out there to navigate. The silly thing is those 2 women love and care about the same exact people.

If you come from a blended family I challenge you this mother’s day to take a step back and try to make room for your kids to express their love to whoever has been blessed enough to find a space in their little (big) hearts. 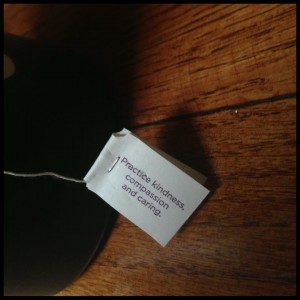 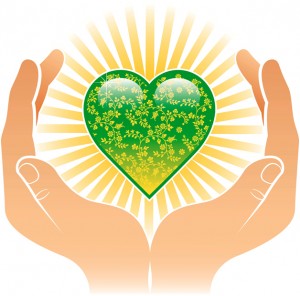 Are you an other mother?

If so, I want to hear your story!

I’m currently in the process of writing a book about other mothers. Title is still yet to be determined but the subject is other mothers. Wondering what an other mother is? Read my past blog post here.

I am learning there are all sorts of women who feel like other mothers.

I am interested in hearing and writing about your stories. Your story can be kept completely confidential or I can give you credit, whatever you are most comfortable with.

If you have a story to share or know someone who does please send them my way.

Here are some suggestions of other mothers I’m interested in interviewing but I’m also open to ones I may not have mentioned below:

Mother’s Day is coming up. This is a tough one for me. Not as a daughter but as a mother. It is a day that I am reminded of how society often disregards the other mothers of the world. I am one of those other mothers.

The number 1 question every woman is asked is, “Do you have children?” You might think this is a simple yes or no answer; it is not. Many women “have” children but did not actually “have” them. It is a complicated question to answer. Some women struggle with how much of an answer to give, I know I did.

I raised 3 children. I changed their diapers, wiped their snotty noses, made their lunches, consoled their hurt feelings, drove the carpool, gave up my own dream of going to graduate school, stayed home from work with sick kids, lost my hair during their teenage years and many nights of sleep. I laughed, cried, enjoyed, loved and hated parenting. But, when someone asks me if I have children and I say yes, I feel like I am not telling the whole truth. I do have children, I have 3 but I did not birth these children, my partner did and we have raised them together with her ex-husband and his wife. If I tell people the whole story their response is often “oh, you are not the real mom.” Being labeled “not the real mom” made it so I was not allowed to ever complain about parenting or my kids because if I did other mothers would say, “it’s different when it is your kid, or you wouldn’t understand since they are not actually your kids”.

These comments from others often shut me down, hurt me and made me wonder if it was okay to say yes I have kids. These comments also isolated me from the “Mom’s club” I wanted and needed so badly to be in. The Mom’s club is any group of moms that becomes friends because of their kids, moms at the park, moms who have kids in the same class, etc. They hang out together while their kids are doing  activities and provide support to each other, share their trials and tribulations of raising kids and learn from each other. I felt so alone as a mother. I felt ashamed wondering what the other mothers thought of me. I was young, I was a lesbian and I was the cause for my partner’s (the real mother) divorce. Looking back now that my kids are young adults I realize those worries of what the other mothers thought of me were all created in my own head. I never even gave a chance to those other mothers to get to know me. The few that I did allow in throughout the parenting years are some of my best friends now.

I wish I wouldn’t have wasted so much of my mommy years wondering if I was good enough and realized that the fact that I was raising someone else’s kids was BETTER than good enough. I was sacrificing and doing things for those little snotty nosed people that usually only a “real” mother would do. I should NOT have been ashamed, I should have been celebrated. But a mother’s job doesn’t usually come with a lot of praise, I understand this.

Being in my position, the other mom, not the “REAL” mom and not even the step-mom pretty much makes me the invisible mom when it comes to acknowledgement from society and community support.

I have an idea for a book I want to write about other mothers. I want to interview all the other mothers out there and share their stories. I imagine there are all sorts of women who could identify with being an other mother: lesbian moms, step-moms, adoptive moms, foster moms, divorced moms, single moms, teen moms, immigrant moms, aunts, grandmas and other relatives raising children that are not their own, moms whose husbands are in prison or the military, women who chose not to be moms or were not able to be and fathers who have  taken on the more traditional mommy role are all people whom I’d like to interview and hear their stories. I’m sure there other ‘other mother’s who I  have failed to mention here as well. I’ve been tossing this book idea around in my head for a while but now I’ve decided I am going to do it. If you are interested in sharing your story with me and being a part of this book please contact me to arrange for an interview.

Be sure to “LIKE” Sally Around The Bay on Facebook for more Raves, Rambles, Recipes and Rants!